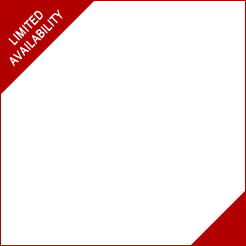 The Ethernet Global Data (EGD) module can be used to interface many different protocols with EGD devices. The EGD driver supports both the producer/consumer service port (18246) and the command service port (7937) using the UDP protocol over an IP network. The user defines the data to be produced and consumed in a configuration file downloaded to the module.

A conformal coating option is available for this product.

GE Fanuc Automation and GE Drive Systems developed an Ethernet Global Data, or EGD, exchange for PLC and computer data in 1998. Ethernet Global Data (EGD) offers versatility where a mix of control devices requires cooperation with each other. This involves sharing of information across the applications regardless of device or network type, often at high speed, and with high reliability. High reliability means fewer communication failures and having the ability to detect failures upon occurrence. Particular emphasis is delivered for applications requiring periodic or frequent updates and time synchronization of devices. The protocol supports Unicast, Broadcast and Multicast group messaging. Efficiency is based on the fact each device on the network can produce these types of messages and each device determines which of these messages to consume.

Use the inRAx EGD module to connect various field devices using different networks or protocols, and share data between these devices over a wired connection. This is accomplished by exchanging shared common database information with the efficient but powerful Ethernet Global Data protocol.

The driver interfaces with a common internal database in the module. This permits the sharing of data across many different networks.The module supports UDP of service port 7927 (0x1F01) to handle all requests made of the module. The module will only service the requests and generate response messages. It will not generate command requests. The module supports the following functions specified in the EGD protocol: